Installing and Using Docker Toolbox for Mac OSX and Windows

One of the most compelling reasons to run Docker on your local machine is the speed at which you can deploy and build lab environments. As a huge fan of Vagrant, I love the ability to spin up environments such as the sandbox labs I’ve been using for a long time with Vagrant and VirtualBox.

Switching to Docker as an option for many of my quick labs has also meant the same ability to run as an abstraction on top of my laptop so that I don’t end up in dependency hell with development libraries and underlying infrastructure needs that quickly begin to conflict as I do more testing and development.

The best way to get started is to run the Docker Toolbox platform which deploys a Docker environment with popular and important Docker tools including:

Navigate over to https://www.docker.com/products/docker-toolbox to get your appropriate version:

Rather than document the steps on a continuously changing set of screens, I recommend that you follow the installation process with the tools you desire using the guides provided by Docker here: https://docs.docker.com/toolbox/overview/ 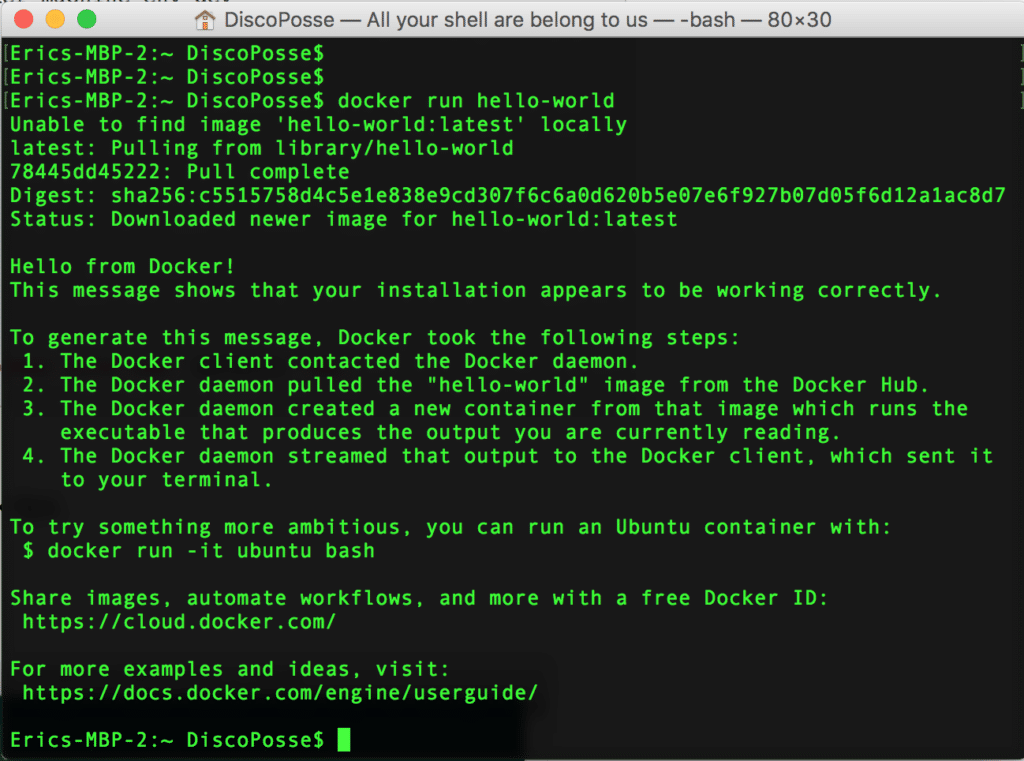 You can see that the container image was not local, so a download process started and then the container was launched. As long as you see the results like above, you’re in business!

We will be using this as a baseline for a lot of other examples in the blog. As usual, this is meant to emulate a basic Docker configuration and does not really reflect a multi-node deployment with overlay networking. The goal is to be able to quickly and easily launch containers using Docker Engine for a number of admin tasks that can replace what we may have been doing inside dedicated workstations or sandbox virtual machines in the past.