So what’s the deal with cyclists and shaved legs? 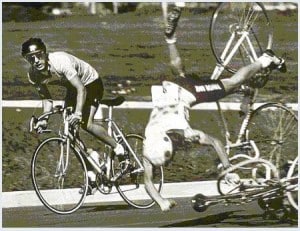