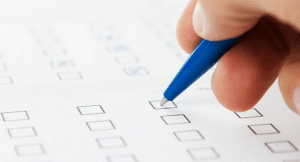 One of the things that has been long on my mind was the certification path for a number of technologies that I’m working with. When I started my career in technology I did it in a very non-traditional way by many standards. While I was working with technology since I was very young, I took a long break in the middle working in a variety of pretty interesting, but non-IT jobs.

When I made the decision to dive back in thanks to inspiration from a friend, I took a month while working my full time job to do 6-8 hours a day of study. My friend was giving me lots of training with hands-on work as we built PCs and installed lots of server OS builds to get familiar.

Two weeks into my month long plan of training, my friend says “Do you think you could pass the CNE (Certified Novell Administrator) test in a week?” to which I said I could if I was able to just study. He then said “I hope you can because I booked you already for it”. And one week later I was a Certified Novell Administrator. Then I left my full time job to take a leap of faith into IT.

A month later I was a Certified Lotus Professional on Lotus Notes. 2 months later I was an MCP on Windows NT. I was furiously reading and studying with a clear goal to get back into the technology world. Along the way over the past 10 years I’ve gotten my MCSE, CCNA, individual MCP exams, and then over the past 3-4 years I realized that I have been focusing more on my day-to-day and learning technologies, but haven’t kept up on my certifications.

Fast forward to spring 2014. It was time for me to get back to my certification, but this time it’s VMware time!

Close, but no Cigar: The Pain of the Near Miss

In the spring I took my VCP exam on the original VCP5 blueprint. I had taken the required course through Global Knowledge with a great instructor and actually met some of my VMUG members there which was a lot of fun. I made the choice to take the exam immediately after.

There was a “second chance” test feature through GK that gave me the idea of just burning off the first attempt to see what the test format was like. After all, it had been a while since I’ve done a certification exam.

Test day came. With a decent amount of production virtualization experience, and a ton of work done in the VMware community, I was as ready as I could be. But then the first questions hit and I realized that something wasn’t in my plan.

I was getting question after question about vSphere maximums. And something didn’t look right. I had been working with vSphere 5.1 for a while and all of the questions were mismatched. The maximums had changed since vSphere 5.1 and I was pretty familiar with the new settings and something was already telling me that this was going to be a close call.

Then the final page showed up. I clicked “Finish Exam” and waited for the result which I was pretty sure wasn’t going to the one I needed. And exactly as I had feared, I came up 270 out of the necessary 300. It was brutal to imagine how I had been unprepared like this, but luckily I had that second attempt certificate…or so I thought.

As it turns out, you only get the second try certificate from taking one of the GK courses, but not the Install and Configure course that I had taken.

Time to put myself back into the fray of certification. I’ve been lucky to have some amazing inspiration from someone who has really helped me once again to get back to my certification track. VCP on 5.5 this time, and then right on to the next step.

After working on the Virtual Design Master event and all of the great community work that I’ve been lucky enough to be involved in, I am committing back to myself. I hope to have a successful story to tell very soon on the VCP550 experience, and if you have any study tools that you would recommend, please feel free to drop a comment below!

Thanks and wish me luck!!