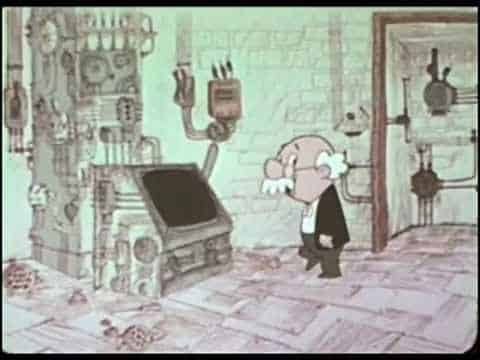 Let me start this off with a very true personal story, and it leads to why containers are becoming more important than a lot of people realize.

DISCLAIMER:  This is a bit fun, but very real.  Hype is happening, but this little story should help you to see what I’m talking about and how to cut through the hype to see what is real amongst it.

When I started working in technology, I was surrounded by teams of Novell admins. I became Novell certified and began working in the infrastructure support at various levels. I was also surrounded by long-time mainframe folks who continued to say “There’s no need for these Novell servers, all the data is on the mainframe. Plus, a lot of the Novell server tools won’t be ready for production.“

Fast forward a couple of years and I began exploring distributed systems on Windows platforms even though it wasn’t something that was being used at the company I was at. I was then being told by my peers “There’s no need for these Windows servers, all the data is on the mainframe or the Novell servers. Plus, Windows is too unstable and won’t be ready for production.“

Not too many months later I began exploring the world of Linux a lot more and developing orchestration scripts for that platform to help with web development. I was using a variety of tools that tied in with existing systems, and I was also expanding into PowerShell at the same time on my Windows infrastructure with full production on Active Directory. I was then told by my peers “There’s no need for orchestration, because all the automation is running on the mainframe, and now that the Novell servers are gone, the new production Active Directory can be managed in the GUI. Plus, tools like PowerShell and Linux are too new and won’t be ready for production.”

Over the last 2 years I’ve been working heavily on OpenStack and container infrastructure including Docker, Rocket, and also diving in with PaaS platforms such as Cloud Foundry. Today VMware launched their cloud-native application initiative and released VMware Photon Linux and VMware Lightwave. I’ve been told over the last while, and especially today “There’s no need to look at OpenStack or all of these container platforms, because all the data is on-premises and running in virtualization platforms. Plus, things like Docker and OpenStack won’t be ready for production.“

SPOILER ALERT: In another 18 months, take a guess which technologies will be flourishing in production at a lot of organizations? 😉
SPOILER ALERT: SDN and network virtualization is also on my radar and I’ve been testing lots of that…just sayin’

I’m not saying that I’m a visionary. Trust me, I am following the lead of the visionaries. I’m just simply seeing the writing on the wall and making sure to keep ahead of the curve wherever I can. I’ve been watching great leading work by Scott Lowe, Cody Bunch, Nick Weaver, James Watters, Martin Cassado, William Lam, Kenneth Hui, and many more who have been working on projects that are typically at the early part of development.

It’s not to say that everyone is going to be running containers and OpenStack, but don’t dismiss what is happening in those ecosystems. They have a strong use case. SDN and other interesting technologies are facing the same challenge. Many organizations will be slow to adopt them, and that’s fine. Just be careful when we say that it’s “Not ready for production” because while many keep repeating that phrase, the technology is catching up and ends up becoming production before people are willing to realize it.

ONE MORE NOTE:  I also don’t say that legacy is going away, or that recent technologies are going away.  There will continue to be a massive market for many technologies of varying ages and maturity for a long, long time.  Of my top 10 viewed posts this month, 6 of the 10 are PowerShell posts.  The long tail of the technology lifecycle proves itself to be as strong as the leading edge.

9 thoughts on “What’s the Deal with OpenStack and Containers? (aka When Fads Won’t Go Away)”