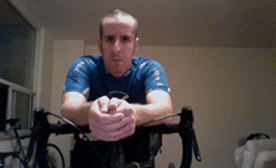 I am a cyclist. It’s a simple statement, but you have to understand what it means. I fully support the cycling community by being a law abiding cyclist. That’s probably an oxymoron based on what I see on an almost daily basis.

Why underline cycling? The true cycling community is one that supports cycle commuting, recreational cycling, trail usage, amateur and professional racing and along with supporting the riders and organizers of events, we also support drivers, pedestrians and the lawmakers and law enforcement staff who provide safety in a potentially dangerous environment.

While it is admirable for people to cycle to work, or recreationally, it is also a requirement to understand and abide by the simple and easily to understand laws. I fully believe that we should require a licensing system for bicyclists because the entry criteria of “has a bike” isn’t enough.

It is of absolute importance that you as a cyclist, and as a driver, fully understand the Highway Traffic Act and how cycling and the law come into play on our Ontario roads. Far too many times I see cyclists and drivers making horrible, dangerous and illegal decisions and it’s really infuriating that the standard is set so low for some people.

A large number of cyclists do these things far too often:

It is very simple. DON’T DO THESE THINGS! If you were on a Motorcycle you would be fully able to do the same moves based on your size and agility yet that seems silly doesn’t it?

The Toronto Star recently did a great article chronicling the cyclists who breezed through the red light over the course of an hour at a very busy intersection. The result was frightening.

Hey I get it. The world won’t change. There will always be massive numbers of lawless and careless cyclists who ruin it for me and the rest of the proper cyclists out there. Just please do me the favour of not harbouring your anger for hours and then taking it out on me by whipping your steaming hot coffee at me just because I’m on a bike and you can reach me.
I was even pulled over by an off-duty police officer who said that I should not be on the road and that I was “supposed to be on the sidewalk because it was not safe for the cars for me to be on the road”. Can someone please tell me how the safety of a person inside a 2000 pound rolling piece of steel armour needs to be protected from a 160 pound guy in spandex riding an 18 pound bicycle?
In this case I asked the fellow to tell me exactly what part of the Highway Traffic Act said that would back up his completely incorrect understanding of the law and safety. So if that unaware gentleman is reading this I’ll help him and everyone else here out with this simple excerpt from the HTA:

HTA 147 – Slow moving traffic travel on right side – any vehicle moving slower than the normal traffic speed should drive in the right-hand lane, or as close as practicable to the right edge of the road except when preparing to turn left or when passing another vehicle. For cyclists, you must ride far enough out from the curb to maintain a straight line, clear of sewer grates, debris, potholes, and parked car doors. You may occupy any part of a lane when your safety warrants it. Never compromise your safety for the convenience of a motorist behind you. Set fine: $85.00

So let’s read through that and understand that the safety of the cyclist is the priority and the “convenience of a motorist behind you” is not. Don’t take this as an invitation to ride at a turtle’s pace and use up the entire lane just to irk the driver behind you. When I’m rolling along our roads it is at a speed between 30-60 kph so if the simpleton behind me who thinks that he can wipe me out like some character in Grand Theft Auto. This is the real world where when you give me a little nudge with your car it has a real and devastating effect.
At this point I just try to have enough faith and hope that my family, friends and fellow cyclists can enjoy our sport and our lifestyle safely among the cars and pedestrians.
Know the law. Ride safe. Keep the rubber on the road.

2 thoughts on “Cycling and the Ontario Highway Traffic Act”