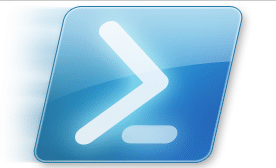 Have you ever needed to use RDP to get to a server console for some local admin work and then been bounced out because there are already active sessions? Or have you had your Active Directory account locked out because of an open RDP session with the old password sending locks to the domain?  Wouldn’t it be so useful to be able to query sessions with a tool like PowerShell?  The truth is PowerShell needs a little help to do this, from a tool called QWINSTA which we are about to take a closer look at.

Rather than having to run the Remote Desktop Manager and search between servers, I decided to build a little PowerShell and QWINSTA script which will scan Active Directory for computers running server OS and list out the active and disconnected sessions.

One of the challenges with this activity is that PowerShell does not have a native CmdLet to extract RDP information from servers. Luckily, we can use a hybrid approach here to solve that problem.

WIndows ships with two tools named QWINSTA.exe and RWINSTA.exe for querying and resetting Remote Desktop Services sessions. For our purposes we will use QWINSTA (apparently stands for Query WINdows STAtion).

You can find the options in the command line by typing QWINSTA /? as shown here:

The Process to Get RDP Sessions With PowerShell and QWINSTA

There is a simple flow to the script which is:

There are some setup options for email parameters that are done and most importantly the Import-Module CmdLet is used to load the Active Directory module so that we can use Get-ADComputer. This will require that you have the AD PowerShell environment on the workstation or server that you are running this process from.

I’ve added some sections in the script which are commented out but you can uncomment them to have them output to the console so that you can see what is happening while the script is running. This is handy for troubleshooting in the case that there are issues.

Because we have to use an external command in our script we will simply use the command inline with other script actions. The interesting thing about this is that we can run the command easily and pass the computer name parameter which we have assigned to $ServerName:

To be able to leverage the PowerShell goodness we have to assign the output to a variable so that we can reuse it as needed:

Luckily PowerShell makes it just that easy to capture the output of external commands as well as native CmdLets.

This is why we have a much more complex command line in the script:

We are taking each line of the output from the command, trimming the content and replacing the spaces with commas and then piping it to a ConvertFrom-CSV to put the content into a table array with the appropriate headers of USERNAME and SESSIONNAME which is the information we are looking for.

The logging of the output is quite simple. We just want to collect each line as we loop through the sessions and the add the content into a variable ($SessionList).

Once we have completed querying each of the computers, the loop exits and then we put together our email message using the Send-MailMessage CmdLet:

The parameters for the Send-MailMessage command come from those defined in the static variables at the beginning of the script and with the $SessionList which was created during the script run.

Once we’ve put it all together it is a nifty and fairly lightweight script. I’ve put the script up on my TechNet Gallery and you can find it here: http://gallery.technet.microsoft.com/PowerShell-script-to-Find-d2ba4252

Here is the script in it’s full form to read through. I hope that you are able to make use of it. An ideal situation is to have it run as a batch process every night to scan the environment and email your Systems Admin team so that they know what RDP sessions are left overnight.

# Import the Active Directory module for the Get-ADComputer CmdLet

# Get today’s date for the report

# Create a fresh variable to collect the results. You can use this to output as desired

# Loop through the list to query each server for login sessions

# When running interactively, uncomment the Write-Host line below to show which server is being queried

# Run the qwinsta.exe and parse the output

# Pull the session information from each instance

# We only want to display where a “person” is logged in. Otherwise unused sessions show up as USERNAME as a number

# When running interactively, uncomment the Write-Host line below to show the output to screen

# When running interactively, uncomment the Write-Host line below to see the full list on screen